[vc_row][vc_column][vc_column_text]My time with Muscle Milk Pickett Racing (MMPR) taught me a great deal of lessons; one that will forever stay with me was a lesson I learned in efficiency. I had the chance to spend some time at their shop in Indianapolis and while I was there I got an up close and personal explanation of what those men and women do. I had the chance to talk with Brandon Fry, the team manager, and several of the engineers about what they were looking at and why they were making changes. After about 30 minutes of Brandon trying to explain what a damper and an anti-roll bar was, two things became abundantly clear: 1) I was never going to understand the intricate details of auto racing and 2) the bottom line (take home message) was, it’s never just one thing.

When something is off, everything is off. When you make adjustments, it affects everything. However, just because you make adjustments to one aspect of the car doesn’t mean you can neglect the rest of it. When dealing with high performance machines you’re only as fast as the weakest link will let you push it. MMPR was no stranger to this. They went out and found the fastest engine, the fastest tires, the fastest drivers, the fastest pit crew & put together engineers and a team manager that knew how to put all those complicated pieces together and the end result was a very fast car!

Just like that Honda HPD racecar, the human body is extremely complex and there is never a situation where ‘it’s just one thing’ keeping it from it’s maximum potential. Just like MMPR needed the fastest machine, tires, drivers and crew to be the best, your body needs more than a quick ‘pop’ every once in a while. Taking that approach would be the equivalent of Brandon telling his pit crew “Did you check the lights? They’re good? Cool… Lets go racing!” Fairly sure he has never, and will never actually say that was good enough to put that car on the track to compete against the best of the best.

When I talk about efficiency from a neuromuscular performance perspective, I’m referencing how efficiently the brain is communicating with the muscles. What we see is that sometimes there is a slight miscommunication between the way the brain gathers the information (afferent system) and the signals that tells the body to respond (efferent). This communication could be caused by a multitude of issues: poor information coming in, improper modulation within the brain, or improper stimuli being sent out.

Just like with neuromuscular performance, musculoskeletal performance has many considerations. The two primary subdivisions here are muscles and joints; how are the muscles working and how are the joints moving? From a muscular perspective it is very common for scar tissue to build up with continuous use, especially in the high performance professional. Additionally, we see a loss of motion out of the joints, especially those joints that are prone to overuse and misuse.

Just like Brandon and the rest of the Muscle Milk Pickett Racing Team our goal is to be as efficient as possible to give our athletes the best chance to succeed. If we just addressed one of the issues would we see change? Short answer: yes. But we’re about high performance and we actively seek ways to get our patients back to doing what they want in the shortest and most efficient way possible. We pride ourselves on addressing those issues that can make you most efficient and give you the best chance at success, whether that’s on the pitch, on the track, on the course or in the board room.
-Dr. Ben[/vc_column_text][/vc_column][/vc_row] 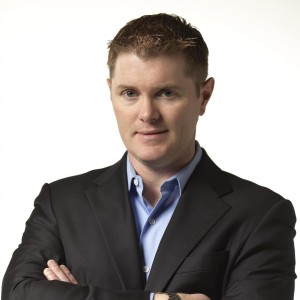 Dr. Benjamin R. Cowin (DC, MS, ATC, ICSC, CAFS) is the owner of Denver-based Action Spine and Sports Medicine. He is a national expert in high performance for competitive athletes and active executives. He brings over 20 years of experience in sports medicine, sports chiropractic, and sports nutrition.

Nagging Little Injuries: Why won’t they just go AWAY?

Dry Needling: What Is It? Best Method & What to Expect

Nagging Little Injuries: Why won’t they just go AWAY?

A nagging injury is injury pain that won’t go away, often caused by overuse injuries, repetitive motion injuries, or minor incidents that cause injury to

Dry Needling: What Is It? Best Method & What to Expect

Dry needling is a modern technique of inserting a thin, monofilament needle in trigger points to treat chronic pain and “reset” muscle dysfunction. A trigger